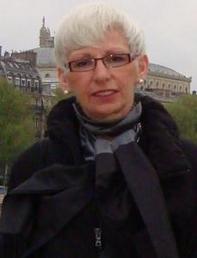 My research focuses on the relation between language form and language function, i.e. on the interface between grammar and discourse.

I am primarily interested in information structure, from both a contrastive and a general theoretical perspective. Structuring of information in sentences and texts is governed not just by universal cognitive and pragmatic principles, but is also affected by grammatical patterns attested in different languages. Research in information structure thus demands a broad view of language, including not only the pragmatic and semantic but also the syntactic and phonological dimensions.

In my thesis I developed the theoretical model for the investigation of information structure, which served as a starting point for the contrastive analysis of the grammatically anchored topic- and focus-marking strategies of German and Hungarian. In 1995-1999 I led a research project funded by NOS-H (cf. Structures of Focus and Grammatical Relations publishedby Niemeyer), where the comparison of different Germanic languages (German, English and Scandinavian languages) and Finno-Ugric languages (Finnish and Hungarian) was at the centre of interest. Both in this project and in my later work I was occupied [concerned?] with the further development of information structure theory, combined with contrastive and typological studies of a large number of languages. The volume Architecture of Focus (published by Mouton de Gruyter in 2006) and the planned new publication Architecture of Topic (by Mouton de Gruyter in 2019) contains significant works of internationally well-known experts in the field of information structure.

My great interest in foreign languages as well as contrastive and typological issues is also manifested in my research concentrating on different verbal categories. My publicatons related to this field investigate the category of aspect and the link between different aspectual types and voice. I am also planning a major theoretical work in the framework of an extensive historical-typologically oriented project about the passive voice.

maria.perssonmellost.luse | 2020-06-11
The Joint Faculties of Humanities and Theology
Departments