I am a Senior Lecturer of Spanish Studies at the Centre for Languages and Literature at Lund University, where I mainly teach courses in Spanish language literature but also in didactics and translation.

In my dessertation, El personaje femenino de la novela indigenista (2008), I examined the female characters in some of the central Latin American indigenista novels. In my current investigation, the gender perspective is still present, but the object of study has shifted.

My field of study is now primarily literary transmission and translation. Which Spanish language literature reaches the Swedish reader and vice versa? In cooperation with Marianna Smaragdi, I currently investigate translation between Greek, Spanish and Swedish, and we are planning a project on the introduction and translation to Swedish of protest songs from Greece, Chile and Spain.

Apart from Spanish language literature, I am also involved with questions concerning pedagogic and didactic development.

In my dissertation, El personaje femenino de la novela indigenista (2008), I examined the female characters in some of the central Latin American indigenista novels. In my current investigation, the gender perspective is still present, but the object of study has shifted.

Since 2015, my main focus has been literary transmission. What Spanish and Latin American fiction reaches the Swedish reader? The reverse relation is also subject to my investigation, i. e. the transmission of Swedish literature in the Spanish speaking world. The field of literary transmission comprises studies of institutions such as editorial houses, journals, schools and universities, and of agents such as literary introducers and translators. The field is anchored in sociology of literature, theories of world literature and canon formation being central. I am currently conducting a study on which fictional literature from the Spanish speaking world is being used in Swedish university courses in Spanish, and, simultaneously, I am preparing a project, in cooperation with a colleague from Modern Greek, Marianna Smaragdi, on literary transmission between Sweden, Greece and Spain.

Additionally, I dedicate time to pedagogical and didactic issues, and, at the moment, I am doing an investigation on L1-students’ experiences of studying their mother tongue together with L2-students in our courses in foreign languages. 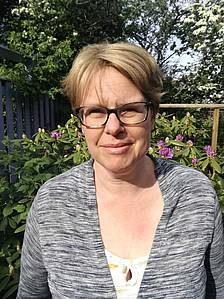